Meet the Andean goddesses and the pre-Hispanic stories of Lima province, guided by the mythical characters of the Huarochirí Manuscript.

Explore San Damián and its historical sites and use the map to trace your route to the place you wish to see. Experience this lively landscape, the textures of the place, the local cultural expressions, their objects and memories through the mobile application.

Here, nature is a living and acting entity. Water, rivers, lakes and the sea are alive and animals are the mediators of the sacred. Let your senses be surprised by the stories of Cañete, Canta and Yauyos, in an interactive route that will introduce you to a magical dimension of the origins of the Andean civilisation. Discover their Cosmovision, their gender dynamics and people's relationship with their territory. Connect with the emotional ties of its characters through this cartography of memories, which redefines the forgotten places and women of our history. Activate the "Ñañantin".

Ana arrives to the village of San Damián, in the central highlands of Peru, after receiving news of the death of her grandmother, whom she has not seen for years and with whom she has had no contact for many years.

Centuries ago, this place was the scenario of events that silently marked the history of Peru: the beginning of the so-called "extirpation of idolatry" processes. The systematic persecution and destruction of the ancient Andean rituals and beliefs, the "wakas" or sacred beings, which still survived after years of Spanish presence and forced Christianisation.

In his persecutory endeavour, the priest Francisco de Avila, with the help of local people, compiled, in Quechua, the oral testimony describing the origin myths of the area: The Huarochiri Manuscript.

Little does our protagonist know about this. She hopes to quickly finish the task of closing the house and arranging the necessary paperwork before returning to the city. However, her arrival in San Damián will mean for her an encounter with a history that she thought was alien and forgotten, and the beginning of a transformation that will give her a new perspective on herself. As part of the story of many other women, another way of seeing the world will be revealed to her, what we call "her eyes of seeing".

Our journey begins in the village of San Damián, between abandoned irrigation canals, a burnt house and the old colonial church. Through Ana we will meet some of the characters that will help us (or not) in our quest...

“Some years ago I found a strange stone on the farm, I threw it aside while I was cleaning the field where I was going to plant. The next day the stone was in the same place it had appeared. I threw the stone again and again, further and further away, but the stone insisted on coming back. Maybe the stone is a Huaca and it is trying to tell me something" 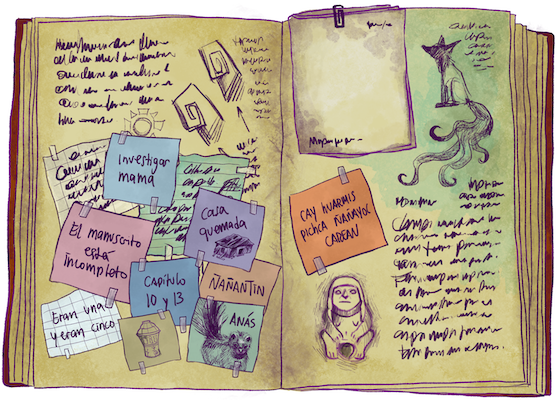 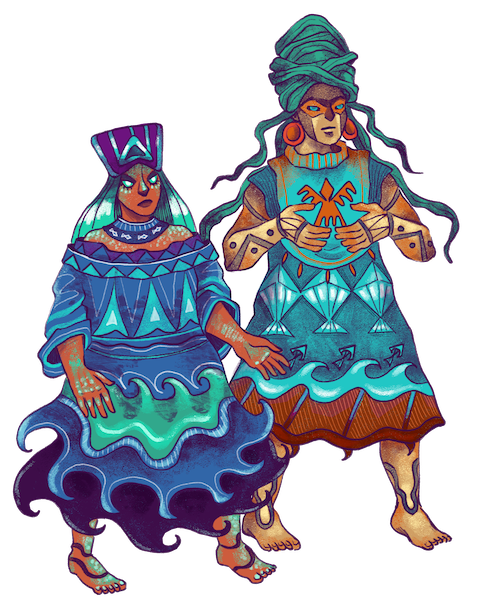 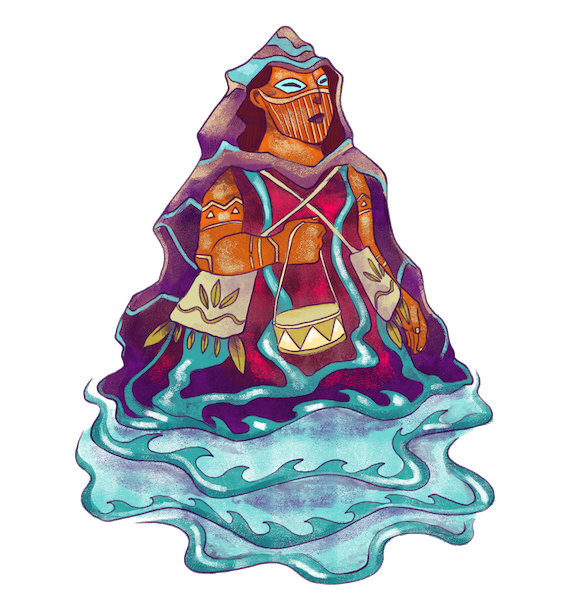 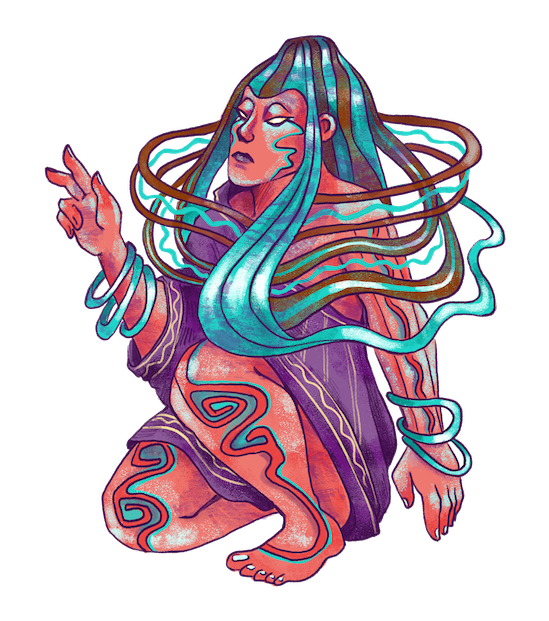 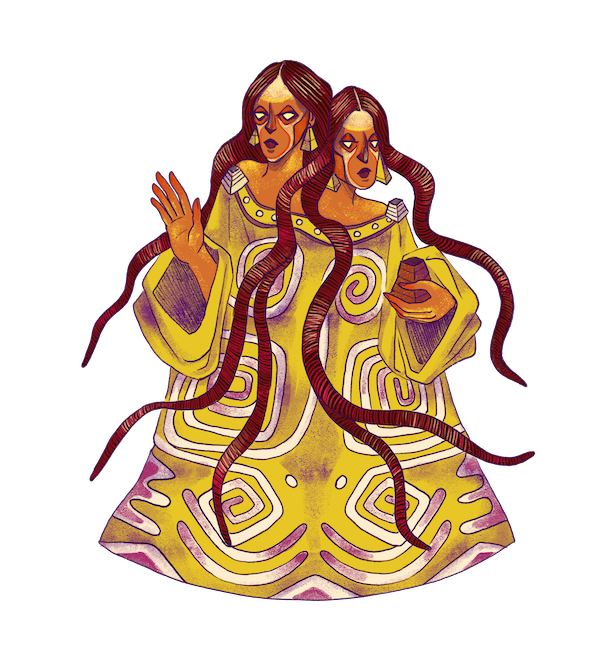 Undoubtedly the most important goddess of the manuscript is Chawpiñamca, "huaca woman animator" and fertiliser of worlds.

In this first portal we will go in search of her and learn the story of the manuscript. A series of different characters will appear along the way to help us, give us information or hinder our adventure. 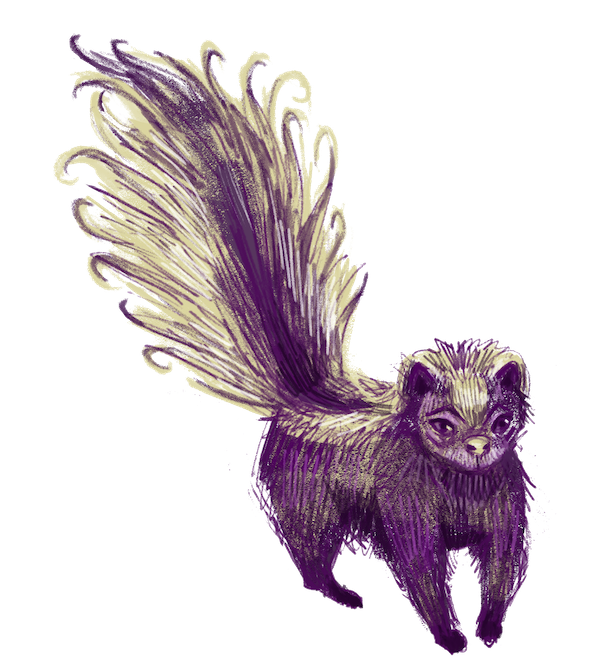